8 CRAZY FACTS ABOUT THE AUSSIE OUTBACK

The Aussie Outback is a pretty amazing place. Not only does it take up a huge portion of our country as a whole, but it’s also home to some pretty incredible landmarks and an abundance of Indigenous culture.

To help you understand how interesting it really is, here are 8 fun facts about the Aussie Outback that may potentially blow your mind:

I acknowledge the Traditional Owners of the land, and pay respect to their Elders, past and present.

1. Uluru is taller than the Eiffel Tower Can you believe it! I’m not sure if this is a fact that a lot of people know, but I was absolutely shocked when I found this out during my time with SEIT Outback Australia.

The Eiffel tower, the famous Parisian man-made structure, stands at 324 metres off the ground. But, Uluru ⏤ this total natural wonder ⏤ soars higher than the Statue of Liberty, the Great Pyramid and of course, the ginormous Eiffel Tower, at 348 metres.

Nature is a magical thing.

2. There are only 0.16 people per square kilometre in the Northern Territory 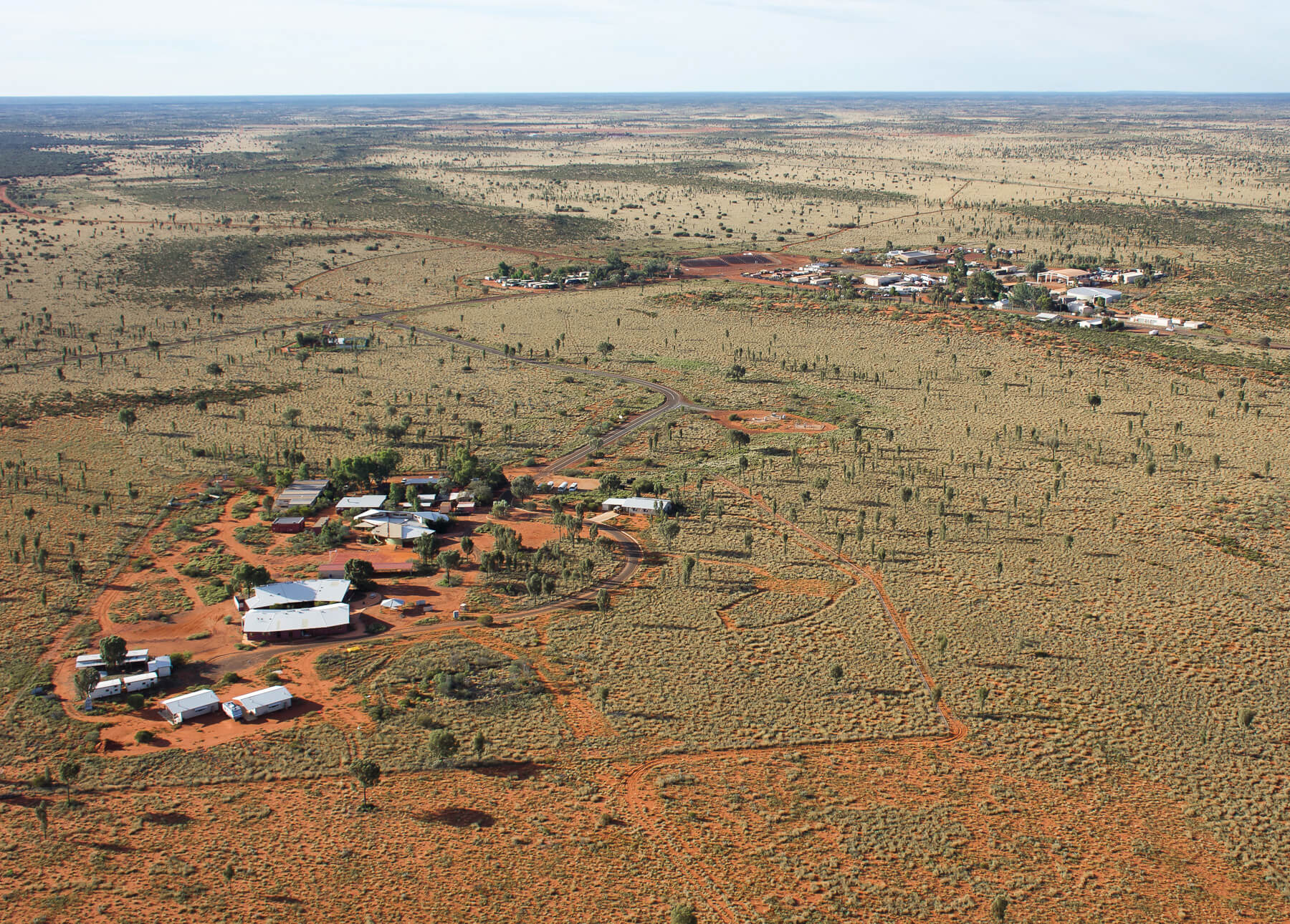 Due to the vast open spaces and extreme amounts of uninhabited land, the Northern Territory is one of the least densely populated states in the world. To put things into perspective, the outback accumulates for up to 70% of Australia’s landmass but is only populated by 3% of the country’s people.

So, there’s calculated to be only a 6th of a person for every square kilometre in the state. That’s pretty crazy, right?

3. There are over 150 different Indigenous languages spoken across Central Australia At the time of the European settlement, there were said to be over 250 Indigenous languages spoken across the country. Now, there are estimated to be only 150. Unfortunately, as ancestors pass, those languages sadly continue to fade and now 110 of these beautiful dialects are labelled as critically endangered.

There are still over 45 that continue to be fluently spoken amongst the Indigenous people today.

4. The most commonly seen Mammal isn’t native to the country One of the most frequently seen animals in the outback is the Camel.

Strangely enough, these animals are not native to our land by any means; they were introduced during the time of the first settlement for the purpose of carrying goods and transportation for railroad construction. Now, there are over 1 million Camels roaming the Aussie outback, which is the largest number of purebred Camels in the entire world.

Unfortunately, these creatures are now deemed as pests and are being sent back to the Middle East where they are used for tourism and meat (terribly sad I know). But believe it or not, our native animals such as kangaroos, dingoes, echidnas and wombats are very rarely spotted by tourists in the Red Centre.

5. Alice Springs is the closest city to every beach in Australia Alice Springs is basically smack-bang in the middle of the country. If you want to easily access the centre of Australia, this is definitely where you should go. No city, or sizeable town for that matter, is close to getting more central than this.

Due to its location, Alice Springs is the only town in Australia that is close to all of our 10,000 + beaches – This is what the locals like to say anyway.

For those who aren’t from here, No… Uluru is not the real centre of Australia. The actual geographic centre of the country is called Lambert Centre, which is 200 km south of Alice Springs and over 400km east of Uluru.

6. The Australian Desert is actually covered in Vegetation 91% of Australia’s land is entirely covered in vegetation. If you’re anything like me, you may have thought that Central Australia and its deserts were much like the bare, open spaces in the Middle East… But that’s not true!

The vast outback around Uluru and a lot of Australia is almost completely covered in shrubbery, vegetation and our many species of native plants. During the months when there’s a little more rain, the vegetation begins to grow and our iconic red dirt becomes almost non-visible.

7. The Outback can reach max temperatures of 50ºc in the Summer, and lows of -10ºc in the Winter 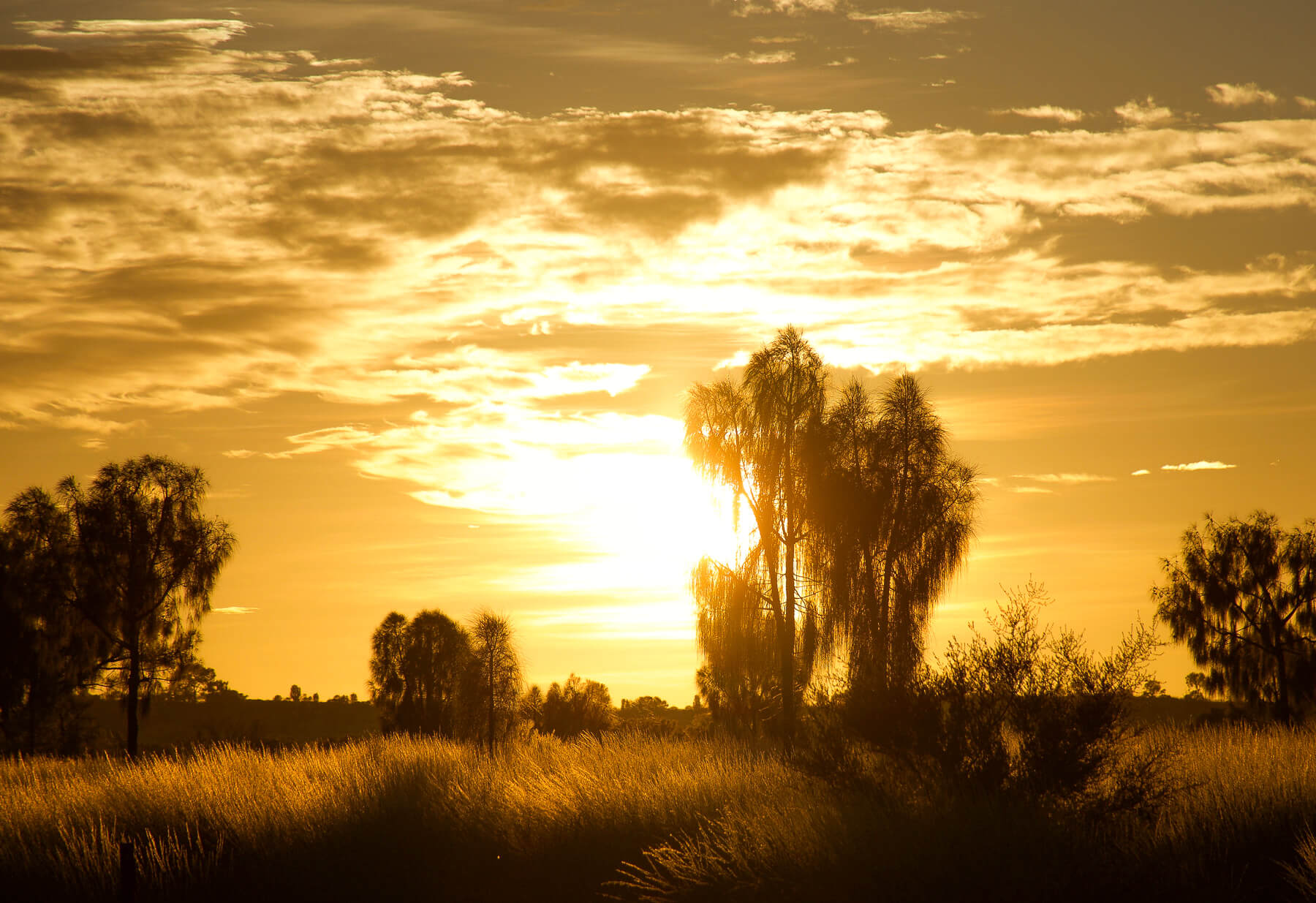 Before I visited the Aussie Outback, I was under the impression that the desert is hot and humid throughout all months of the year. How wrong I was!

During my visit to Central Aus, I spent the entire time in jeans, jumpers, warm socks and padded vests! It was quite amusing to see how many tourists were just like me, and came very unprepared!

To help you understand, the temperatures can reach incredible highs of 50°c (122°f) and freezing lows of -10°c (14°f). There’s absolutely no doubt that the weather in this country can go from one extreme to the other – even in the parts that you may not expect.

This is one of the outback facts that I was completely unaware of.

Anna Creek Station is a working Cattle Station in South Australia that’s 6 million acres in size. To put things into perspective, this is larger than numerous European countries such as Israel, Slovenia and Ibiza. To be honest, I didn’t even know that this place existed (I’m clearly not a very loyal Australian).

So to recap, the Aussie Outback is a very weird, and very large place; a part of the world that everyone needs to see for themselves. The more I learn about my own country, the more I come to realise how unusual is really is!