8 THINGS YOU MUST DO IN ROME The ancient city of Rome, ahhhhh how I miss its delicious food, beautiful architecture and charming locals. It really is one of my favourite cities in the world – I don’t know anyone who would say otherwise.

If you’ve never been (please organise it right now) or if you’re simply interested in reading some amazing things to do and see when you head back, here are a few things you must do in Rome:

I’m starting off this list with one of the things I didn’t do, and thoroughly regret.

Vatican City, being its own country, is a very unique location within the walls of Italy. With a population of only 840, only 44 hectares in size, and confined within its own walls, it’s very easy to forget that when you’re there, you’re technically no longer in Italy!

For those who love to buy postcards and send them back home, or just love to indulge in the many cheesy acts of being a tourist, sending a postcard from Vatican City is something you have to do!

It’s amazing that the circumference of the entire country is only 3.2 km – That’s smaller than most shopping malls. I mean, who wouldn’t want to send a postcard from this crazy place?

Visit the Pyramid of Cestius

Constructed between 18 and 12 BC, the Pyramid of Cestius is an Egyptian-style pyramid that was created as a tomb for Gaius Cestius – A member of one of the four great religious corporations in Ancient Rome.

Centred in the busy centre of Rome, this Pyramid stands as one of the greatest preserved ancient buildings in the city. It’s a small slice of Egypt within the heart of Europe. 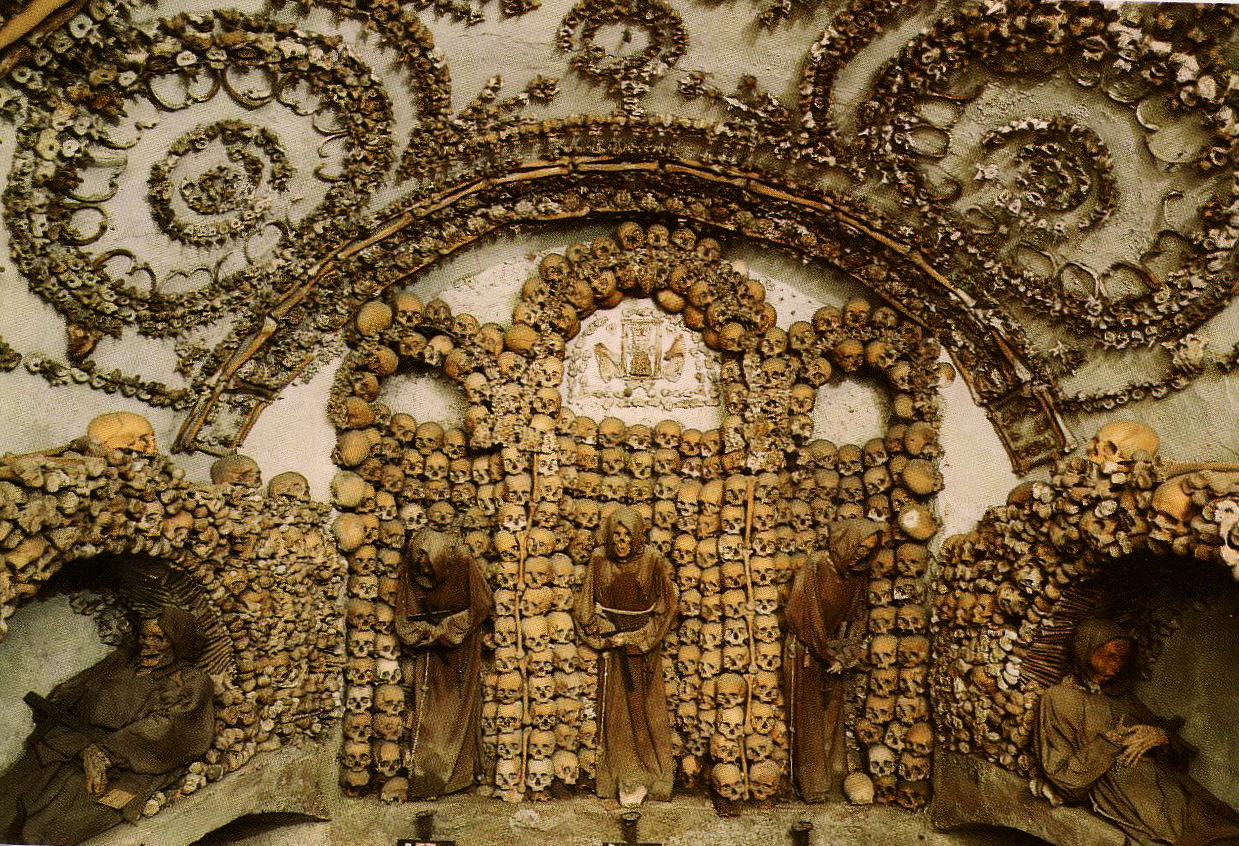 Want to be creeped out?

Situated beneath the church of Santa Maria Della Concezione Dei Cappuccini, the Capuchin Crypt is a small space compiled of several tiny chapels that are ‘decorated’ with human bones. These chapels were constructed between 1732-75, that now stand as an attraction for visitors that perhaps feel like getting a fix of creepy goosebumps.

If you’re not so interested in solely being creeped out, there is a lot of fascinating history to learn in this space too. It really would be such a shame to come all the way here and miss some of the most breathtaking ancient ruins and structures in the world.

Explore the City After Dark

For those of you who want to explore all of the above without the distraction of thousands of tourists, why not see them after dark? The attractions which don’t require an entry fee – such as the Trevi Fountain -will give you a magical experience when there’s no one else distracting you.

Maybe try visiting at midnight, it will be very quiet then! The ancient city of Rome is definitely the most beautiful. Its architecture, its atmosphere and its charming, friendly locals.

Stroll around the streets, admire the many landmarks that will pop up along the way, and simply marvel at this cities beauty. It really is incredibly accessible and jam-packed with famous attractions, so if there’s one thing you must do in Rome, it’s definitely get lost and enjoy the sweet Italian vibes!

Stay in a Classic Hotel

Rome is home to some of the most historical buildings in the world – a lot of which are now beautiful hotels for visitors to rest their heads. Instead of staying in a typical, touristy, chain hotel, try something new!

I stayed in a beautiful old-style Roman hotel during my visit, and it was actually really cheap! I really felt as though I had stepped back in time and was fully immersed in the Italian way of life. Whenever I speak of Italy, as you may know if you’ve read my other posts, I like to say that the most valuable thing you can do in this country is eat.

Carb load until your heart’s content. This country – and this city in fact – gave me the most delicious meals I’ve ever had in my entire life. Enjoy all the pasta, pizza, gelato and bread. Because, why the hell not?!

Get a Train through the Countryside On my trip to Italy, I travelled from Rome to Venice via. Eurail, and saw a glimpse of the Italian countryside. Roaming hills, green pastures, vineyards and farms. The scenery was much different to what you’ll experience in the centre of Rome… I highly recommend exploring if you have the time, or even just go for a train trip out of the city.

[ READ NEXT: 25 BEST THINGS TO DO IN ROME via THE CRAZY TOURIST ]

What are your favourite attractions in Rome?