Whether whilst in the car, whilst at work or in one of your favourite films, most people listen to music!

Although we all have our particular music preferences, it’s really important to appreciate the songs that have a great deal of purpose (rather than the frequently meaningless lyrics we often hear on the radio). There are so many inspiring songs that speak truthfully, leave you questioning your intentions, and connect with the hearts of millions of people around the world. Now it’s time to recognise them!

So, if you’re in search of some goodwill motivation; here are 15 inspiring songs that encourage a better world! 14 years since the release and this song is still of such significance. It touches on discrimination, racism, hatred and the lack of compassion we face in the world. Its lyrics make you think deeply about the world we live in, and how society is in desperate need of change.

It’s a song that asks such a simple question, but with a great deal of meaning – Where is the love?

Important Lyrics:
+ But if you only have love for your own race,
Then you only leave space to discriminate,
And to discriminate only generates hate,
And when you hate then you’re bound to get irate

Want to listen? Where is the love – Black Eyed Peas

A song that reflects on the dark times that occurred on January 26th in 1788; a day that Australians now celebrate as their national day. This is a song that speaks from the heart of all Indigenous Australians, about how they signify Australia Day as being nothing more than a day of genocide and suffering for their ancestors.

Important Lyrics:
+How you wanna raise a flag with a rifle
To make us want to celebrate anything but survival?
+Yeah, their ancestors got a boat ride
Both mine saw them coming until they both died A song about racism and police brutality. All profits from the track’s sales in Australia go to the Victorian Aboriginal Legal Service.

Important lyrics:
+ My mama place Zimbabwe
Blood inside of my D.N.A
So the history of my pigment’s been written all on my face
So I won’t accomodate to that shit that I can’t relate
Like yelling, “All lives matter” with privilege in your veins
It’s hella hard to be an optimist
When we optionless
Documents say we in danger if them cops exist
Life is like a box of chocolates
And no, I’m not convinced
When chocolate kids spendin’ life in a box
For the same crime a white kid did Although not given much description by Donald Glover himself, I think the video speaks for itself. PLEASE WATCH.

Want to Listen? This is America – Childish Gambino One of the many powerful, inspiring songs that empower others to always be their true and authentic self. No matter what life will throw your way or what society will try and push you to be, this song will encourage you to always and entirely be you – and nobody else. Glory is a song that was written for the motion picture film, Selma. The song is truly about equality, but more specifically about the lack of rights for people of colour around the world. It has remarks that touch on black history and the events that shaped ⏤ and also warped ⏤ the lives of millions of people around the world.

Important Lyrics:
+ Now we right the wrongs in history,
No one can win the war individually,
It takes the wisdom of the elders and young people’s energy
+ Everyday women and men become legends
Sins that go against our skin become blessings
The movement is a rhythm to us
Freedom is like religion to us
Justice is juxtapositionin’ us Being homosexual is never a choice. ‘Same Love’ encourages others to understand that love is love, no matter the gender. And that discriminating a human being for who they love is merely a thing of ignorance.

Important Lyrics:
+ And a certificate on paper isn’t gonna solve it all,
But it’s a damn good place to start,
No law’s gonna change us, we have to change us,
Whatever god you believe in, we come from the same one,
Strip away the fear, underneath it’s all the same love
+ And I can’t change, even if I tried,
Even if I wanted to Much to a lot of confusion, ‘Girlie Bits’ is not actually about female genitalia. Instead, it explores how women are expected to fit into the stereotypes of femininity; how women are constantly critiqued for their clothing, style, personalities and overall appearance. 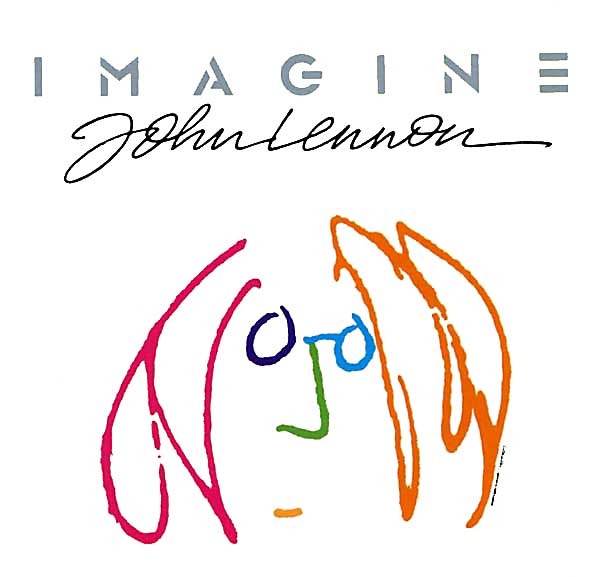 A song that asks us to imagine a world where the things that divide us no longer exist. One of the most iconic, powerful, heart-wrenching and inspiring songs of all time. This song, without being obviously so, has quite a historical context; with references to the US civil rights movement and the struggle, strife conflict and journeys that we embody as human beings. It delves into the fact that if you are stricken with ignorance, enlightenment can always set you free.

Important Lyrics:
+There was a dream and one day I could see it,
Like a bird in a cage I broke in and demanded that somebody free it
+ When nothing is owed or deserved or expected,
And your life doesn’t change by the man that’s elected,
If you’re loved by someone, you’re never rejected,
Decide what to be and go be it 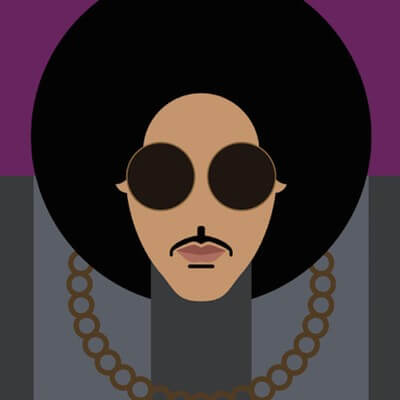 Baltimore references the death of two African American men, Michael Brown and Freddie Gray, from Ferguson and Baltimore, who died from abuse from law enforcement.

Important Lyrics:
+ Are we gonna see another bloody day?
We’re tired of the cryin’ and people dyin’
Let’s take all the guns away
+ If there ain’t no justice then there ain’t no peace
+ Enough is enough, it’s time for love 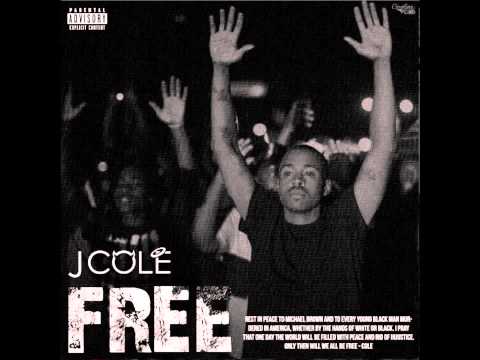 Instead of giving my own description, I will instead insert some words from J Cole, that may give you an insight into the meaning behind this song ⏤
“Rest in Peace to Michael Brown and to every young black man murdered in America, whether by the hands of white or black. I pray that one day the world will be filled with peace and rid of injustice. Only then will we all Be Free.” This song is one that has pulled on the heartstrings for over 10 years. Its lyrics speak truthfully about how it feels to lose someone to suicide or mental health issues, and how much it hurts to have someone deny your help. It makes you think about how your emotions impact those around you, and just how much of an impact you have on others’ lives.

Important Lyrics:
+ Where did I go wrong? I lost a friend,
Somewhere along in the bitterness, and
I would have stayed up with you all night,
Had I known how to save a life

Want to Listen? How to Save a Life – The Fray 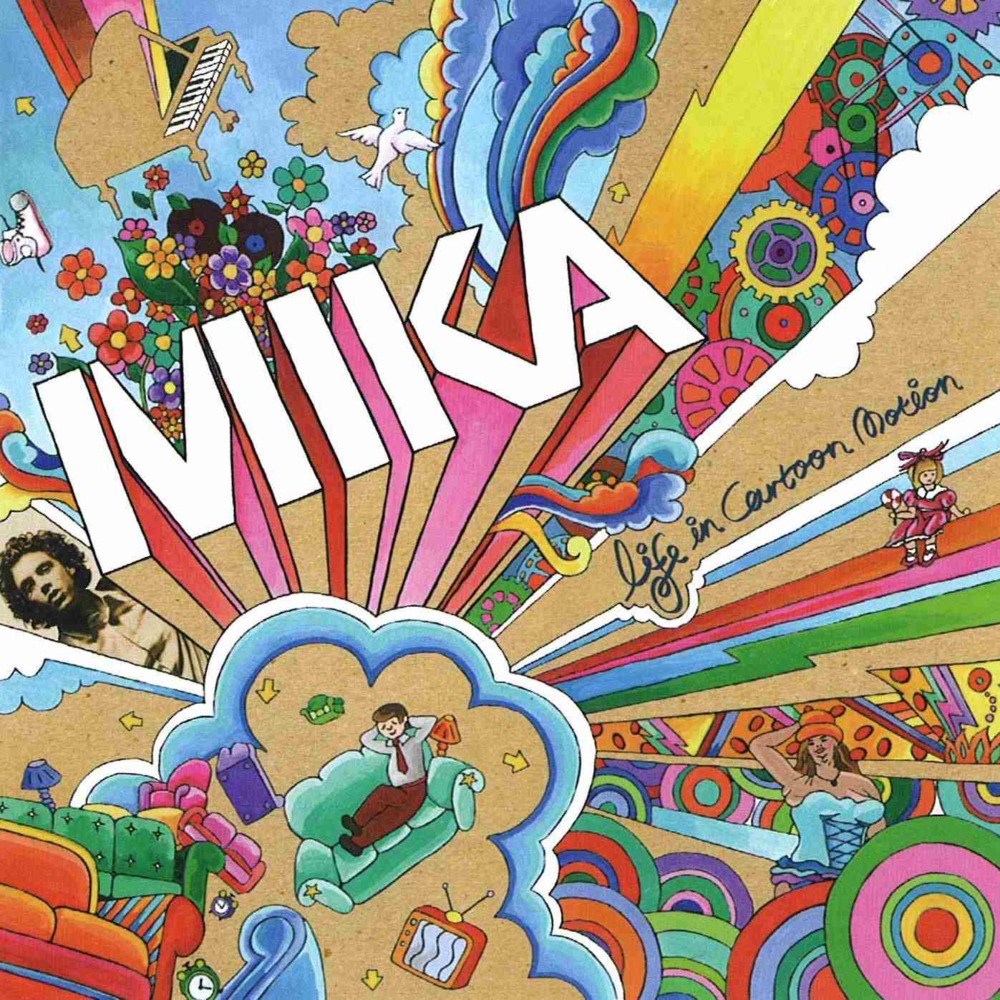 A very upbeat song that references how people will always try to change you in order to fit their needs. It’s important to remember that you can’t please everyone, no matter whether you’re true to yourself, or being who others want you to be. 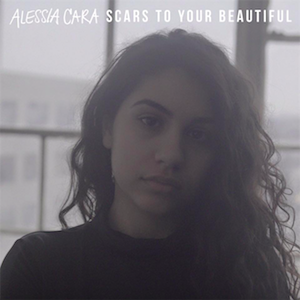 A beautiful pop song about body image issues. Alessia sings about how the media will often push you to be and look a certain way. It’s about the unfortunate negativity involved in changing your appearance to fit into society’s expectations, and that no matter your appearance, ‘you’re beautiful just the way you are!’.

Important Lyrics:
+ But there’s a hope that’s waiting for you in the dark,
You should know you’re beautiful just the way you are,
And you don’t have to change a thing,
The world could change its heart,
No scars to your beautiful, we’re stars and we’re beautiful

Want to Listen? Scars To Your Beautiful – Alessia Cara

This song is about a White rap artist dealing with the consequences of white supremacy, and acknowledging that his success is ultimately because of his skin colour. The artist has received extra sales and awards for simply being white, whilst essentially being unaware of the true meaning behind his genre of music ⏤ and how its origin is ultimately due to the suffering of POC.

Important Lyrics:
+ Where’s my place in a music that’s been taken by my race
Culturally appropriated by the white face?
And we don’t want to admit that this is existing
So scared to acknowledge the benefits of our white privilege
+ Hip-hop started off on a block that I’ve never been to
To counteract a struggle that I’ve never even been through
If I think I understand just because I flow, too?

Your turn! Do you have any other inspiring songs to add to this list?

[ READ NEXT: Influential Movies that you MUST Watch ]

@katenewmanphoto
This error message is only visible to WordPress admins

There has been a problem with your Instagram Feed.