IS VEGANISM REALLY THE “QUICK FIX” THAT WILL SAVE THE PLANET?

Over the last few days, social media has been hammered with one particular call to action in regards to saving the Amazon Rainforest… “Go Vegan”.

This isn’t unusual; it’s been a sweeping statement in the sustainability space for numerous years now. Many have changed their diet in the name of environmentalism (myself included) but it’s reached a point where the Vegan movement seems to overpower a lot of the most important aspects of sustainability.

And whilst there’s a lot of proof that a standard Vegan diet isn’t actually the most sustainable in terms of soil health and regenerative agriculture (aka. it’s not going to save the planet), there’s also a lot that needs to be said before judging others on their dietary choices. The most important, being privilege…

Before you speak about the topic of food, you have to (and I mean really really have to) recognize the privilege you have in being able to pick and choose what you put on your plate. I don’t eat meat and I eat locally grown/seasonal food because I’m privileged enough to have the time, money, health (mental and physical), location, ability, etc. to make that decision…

There’s an entire system based on racism, inequality, exploitation and white supremacy blocking people from having the choice (among other things), and screaming that their actions are killing the planet isn’t going to help in the slightest. Words matter, action matters, but finger-pointing isn’t it.

“But animal agriculture is destroying the planet, right?”

To an extent, yes. But let’s get something straight here; Indigenous people have been sustainably eating meat since the beginning of time. Meat is NOT the problem here. Capitalism and colonialism are. The issue started when white, European colonizers introduced industrialization, slavery, and mass consumption (amongst an abundance of other things) to strip the Earth of its natural resources in the name of finance and corporate gain.

Still, to this day, millions of people around the world raise their own animals, kill them and consume them ⏤ every last bit. Some might say it’s ‘cruel’, but irrespective of animal welfare, it’s not unsustainable… It’s as sustainable as it comes.

What you have to remember is that eating meat is not what’s killing the planet, it’s the harmful structure that’s in place in today’s modern society that is.

“Industrialization and capitalism are the ultimate culprits that give way to negative ecological impacts, animal mistreatment and unethical agricultural practices” – Kima Nieves

When the world caught a firm hold of the fires in the Amazon Rainforest (written in August 2019), the biggest message from white westerners was to simply “cut out meat”. The reason for this being that a lot of the deforestation was for animal agriculture, but deforestation also occurs for the production of things such as soy, palm oil, coffee, and cocoa. Many of which are being exported in the form of a lot of Vegan food too. But it seemed that many activists simply dismissed that…

Brazil’s president, Bolsonaro, also had plans to exploit the rainforest and destroy Indigenous land for other means of financial gain if it weren’t for agriculture. My point? If you’re not focusing on dismantling capitalism, white westerners eating plants is never going to solve a thing. It will help, of course, but it will never be the sole solution like many assume it to be. The environment will just be destroyed for something other than grazing cattle. Now don’t get me wrong here, I am not against the Vegan movement… I am just against the way that many Vegan activists go about their business, alienating meat eaters without taking any of the most important factors into account. It’s not enough to just focus on the surface level of *what* is causing the issue, you have to also delve into *how and why* it’s happening.

It might be easy to put the solution on the consumers and focus on “supply and demand”, but unless everyone can make the same decisions that you can, that is never going to be the answer.

“But rice and beans are the cheapest food there is, right? People in India have been Vegetarian for centuries!”

Ok, yes. Rice and beans are often the cheapest foods on the market, and many in the “global south” have been eating this way for years. But a lot of the time this is not by choice, it’s by chance. Meat is a luxury in many areas of the world, and these people are not always eating this way because they want to, but because they simply don’t have the choice.

And if you really expect people living in food deserts in the US to choose rice and beans over a $1 fast-food hamburger then you’re totally missing the point. This is not just about money, this is about a multitude of barriers. Food inequality affects those in rural & isolated communities, the low-income and unemployed, the homeless, drug & alcohol users, women and children, Indigenous peoples, the elderly, and those who are chronically ill ⏤ just to name a few. For millions of people, prioritising the environment isn’t even on the spectrum due to factors that are often out of their control.

Not to mention that there are Indigenous communities whose land is being torn down, and who are working to grow Vegan staples such as quinoa, avocados and soy, who do not have the access to eat them themselves. The root of “modern” agriculture (yes, vegetables included) is based on slave labour. Are these people killers of the planet too? I think you know the answer.

Remember, living a conscious and sustainable lifestyle comes with a lot of privilege. And whilst encouraging those with privilege to reduce their impact and their meat consumption is great, it cannot stop there. If you’re using blanket statements such as “Go Vegan, it’s easy”, without thinking deeper about where your food comes from, and being as inclusive and as conscious as possible, then you’ve got a whole lot of work to do. It might be easy for you, but it sure as hell isn’t easy for all.

While racism, colonialism, fascism, classism, and capitalism are still prevalent, blatantly telling people to stop eating meat is incredibly elitist. Our activism NEEDS to focus on dismantling the factors that cause there to be barriers and food inequality in the first place, otherwise it’s going to continue to be deeply ineffective.

Remember, THINK HOLISTICALLY! Nothing is black and white, and there’s a bucket load of systematic and structural issues that need to be addressed first and foremost. Veganism is part of the solution, but it’s not the whole solution. It must be intersectional.

SO WHAT CAN INDIVIDUALS DO?

If you are privileged enough to be conscious of what you eat and reduce the amount of meat and dairy that you consume, by all means, do what you can and I will be right there with you. But make sure you’re doing the work to break the systems that are stopping people from having a similar choice, otherwise it’s going to get us nowhere.

Support Vegan activists from marginalized communities (BIPOC).  Veganism is white-washed and that must change!

Always acknowledge your privilege before making suggestions on diet. Support organisations that are helping Indigenous communities gain back their rights and preserve/protect their land. VOTE CONSCIOUSLY. Move far away from victim-blaming and pointing fingers at meat-eaters, and put in the work to dismantle capitalism instead.

Individual actions are so important, absolutely, but they can unfortunately only do so much. The world will never change unless there is work being done on tearing down the system that got us into this mess… Remember, Veganism is part of the solution, but not the whole solution.

Now keep being kind and let’s get to work ♡

[ READ NEXT: Flying Shame… Let’s Talk About It ] 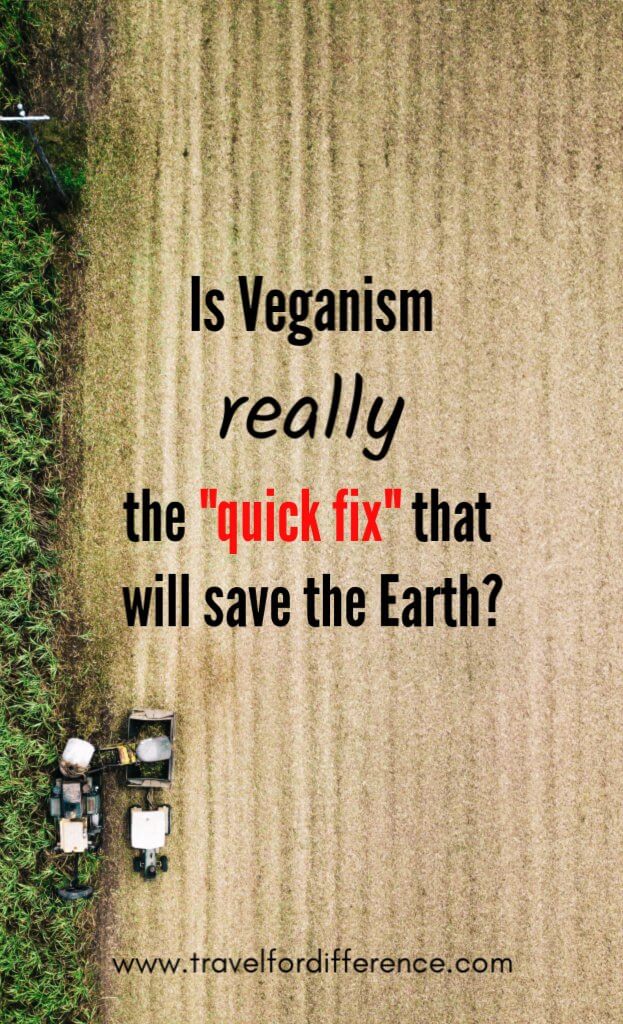 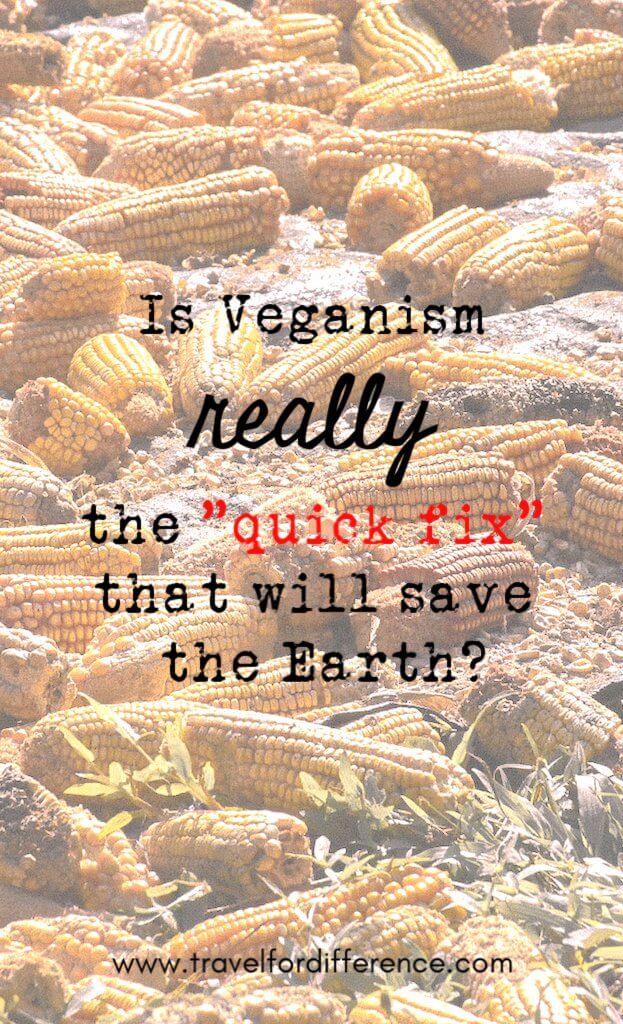