TERRORISM, SHOULD YOU BE SCARED TO TRAVEL?

Ever since I started travelling, I have noticed the influence that media has on the places you visit and the way that you travel. More specifically, the destinations.

Today’s media will always show us the things in foreign countries that we may not want to see but know in our hearts that we should. We will always be shown the places not to travel, places to never visit, and things we should never do; because “something might happen”.

And that something in many cases, is the potential risk of terrorism.

You wouldn’t believe the number of people that questioned me about visiting India. “Why on earth would you go there?” “Stay safe!!!” “Don’t get kidnapped” “Why would you want to go somewhere so close to war?”

Well, my simple answer is… Why the hell not?

We think that if we step out of our comfort bubble our plane might crash, we might get robbed, we might get stuck in a nasty situation, or we might be involved in a terrorist attack. Well, I’m prepared to take a risk.. and you should too.

If you watch the news every evening, you will know that terrorism is plastered all over it. It is all of a sudden shoved in our faces like never before. It is incredibly frightening, heartbreaking and devastating, there is no doubt. But it unfortunately makes us vigilant of things we shouldn’t.

Here is the definition of a terrorist: a person who uses terrorism in the pursuit of political aims. The key word here is a person. Terrorism is not a country. It is not a religion. And it is certainly not a race. 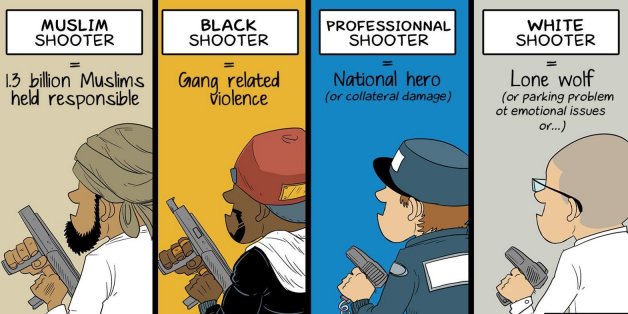 A large number of ‘westerners’ will jump on Muslims with the click of a finger for being a potential terrorist. We have the media to thank for that. But what you don’t know, nor did I, is that around 90% of all terrorist attacks in America are non-muslim. The current situation that we are seeing more frequently is in the face of Islamic Extremists.

There is a war, we cannot deny that… But situations that are thrown in our faces by the media, are the ones on our home soil, our allies soil, and our “neighbours” soil. And there are only around 7% of those that are acted out by Muslims (And from those numbers we are frequently discovering that majority are not practising Muslims… Go figure)

Although that 7% does have a massive impact on our westernized lives, we cannot forget that we are all people; not every Muslim is out to get us.

Today 71% of Australians want to shut the borders for all Muslim immigrants. Australia is seen as a racist country to others abroad, and I can understand why. We use derogatory terms for the innocent people seeking refuge in our country. Do I need to write another definition here?

I don’t think so.

These people are seeking comfort and relief from situations you wouldn’t wish upon anyone… They are people too. Just like your mother, father, daughter or son. They are sent to detention centres that are torturous, horrific and heartless. Simply because we fear that an asylum seeker may display an act of terror that we have “let in” without a care. When I was in India, at the Taj Mahal, I had a man ask to take a photo with me and he said, although not speaking much English; “beautiful skin, such contrast between black and white”… This is a sign of compassion and diversity. Not any kind of radicalism, in any sense of the word.

In today’s day and age, there should be no higher risk of danger to particular genders, colours, religions or sexual orientations.

Though unfortunately, there is! And the recent mass shootings in America and Europe are prime examples of that.

Show the world that you are not afraid. You can travel where ever you desire, regardless of who you are, what has recently happened or how your instincts are affecting you. The world is big and it sure can be scary. But so is everything if you let it consume you.

Instead of dwelling on the possibility that something may happen, act with compassion, love, excitement and courage. If you want to stay home for the rest of your life and be worried about what may happen if you drove your car today, if you go out in the sun, or if you simply left your home… You will live a life of fear. And that doesn’t sound very fun to me!

Terrorism is our greatest fear. Not our biggest threat.

Today, more than ever, your words have meaning – we have more power than ever before. The people of our globe are those who can fight oppression and stand with the people who are drowning in fear.

If you, your beliefs, your religion or your sexual orientation are a topic of hatred, speak up!

There is no way to fight oppression if we cannot see that gay, straight, white, black, Christians and Muslims are all people. There are good people and there are bad. Empower others to fight against their fear, because you cannot counteract it with aggression. Religious hatred will not solve a thing.

Yes – terrorism is a horrific and cowardly act against society, but do not let it consume you.

Fear is what feeds terrorism; that is what they want.

Showing weakness is what will make you feel threatened. There is no good in letting terrorists, the media, the government or members of society make you fear the things that you know shouldn’t.

Terrorism vs. tourism – Which do you let consume you?

[ READ NEXT: Travel Proof to Never Judge a Book by its Cover ]