THE TRUTH BEHIND RIDING ELEPHANTS

One of the most desirable tourist activities to do in Asia is riding elephants. The thought of sitting aboard the largest land animal on earth is something that tourists all over the world utterly desire.

I mean, I understand it, the idea of riding an elephant is exciting there’s no doubt, but unfortunately what we perceive as a calm, peaceful and exciting ride, is really the mask of a dark and destructive industry that has been completely hidden from the eyes of the tourism world.

I’m not going to lie, I’ve been one of these travellers too. I’ve ridden a gentle giant with complete ignorance of the brutal background. But thankfully, I’ve become a little more aware of the impacts of animal exploitation and how travellers constantly contribute to their demise, and as a result, the desire to ride on an elephant has completely been removed from my mind.

If you want to find the facts straight up, I’m sure you could just google a few reasons as to why you shouldn’t ride elephants. But instead, I’m going to give my two cents as someone who’s been in the same shoes

If you’re like me, and you’ve ridden an elephant before without any real knowledge of this industry, be prepared ⏤ I may just break your heart. 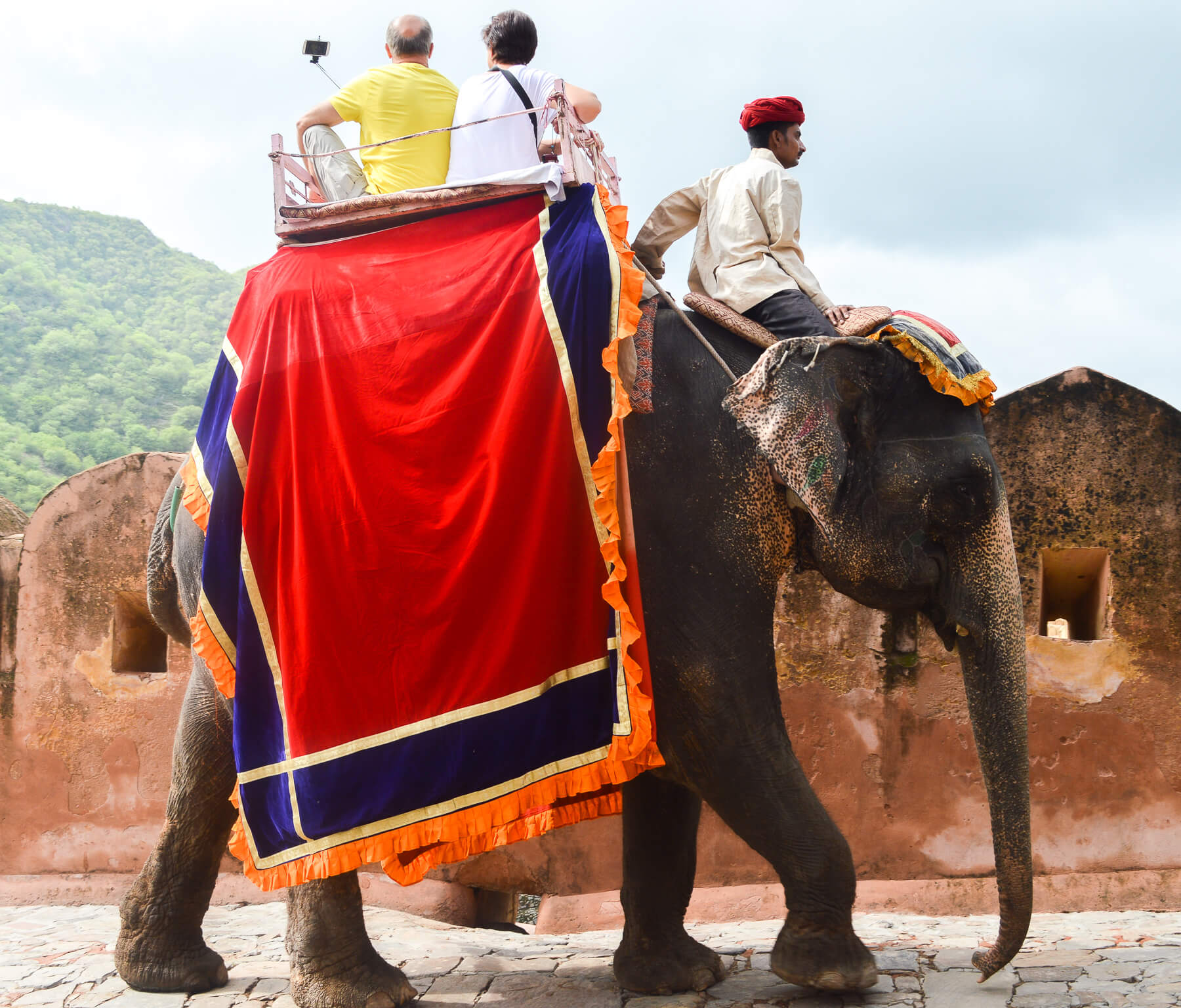 So, I’m just going to cut to the chase.

In order for travellers, just like you and I, to ride an elephant during our blissful vacations, elephants are forced to endure a process of torture in order to be submissive to humans. This process is labelled, Phajaan aka. The Crush… It already sounds brutal, right?

Phajaan is defined as a ‘ceremony’ that divorces the baby elephant from its spirit. It’s a cultural act that originated in India hundreds of years ago, which “is said to have stemmed from the belief that the tribe’s Shaman can separate the spirit of an elephant from its body, in effect driving the willful and wild spirit out of an elephant and leaving it under the control of its handlers or mahouts”.

Unfortunately though, the nature of an elephant is far from willing, and this is where things get really ugly.

This ‘cultural ceremony’, Phajaan, begins for an elephant at the young age of 3. Young calves are forcefully taken from the wild at no bids to their own, leaving the entire family as evidence of human destruction. In order for humans to come in contact with the calf, poaching is the most common method of removal.

For each young elephant that is removed from the wilderness, it’s estimated that 4-5 of its innocent family members are killed as a result ⏤ which the young are often forced to watch. Once in captivity, the calves are forcefully dragged into small cages, which is where the term ‘The Crush” comes into play. Here, the elephants are tethered to the cage in order for their limbs to be stretched. They are tied down to prevent kicking, striking, swinging of the head or causing harm to the perpetrators. Ironic right?

They are repeatedly beaten, stabbed and burned with metal tools, shocked with electric prods and tortured with sticks, chains and sometimes nails. They’re screamed at and abused more than you could bear to hear, and are sadly treated like nothing more than a literal piece of dirt.

Bullhooks are stabbed into the animal’s head and neck and are tugged at the ears to teach them to obey the leader’s commands. There have been many cases of elephant’s ears being completely torn and ripped apart from this forceful treatment, as well as having stab wounds from nails on the base of their feet.

The elephants are deprived of all food, water and sleep during this process to increase the likelihood of becoming submissive to humans.

After several days and often weeks of brutal torture, the starving, dehydrated, sleep-deprived elephants are manipulated to leave the cage with their first welcoming of food. But once removed, they are continuously beaten until the Mahout gains complete control.

It’s cruel, barbaric and as the same suggests, utterly soul-breaking… And it also doesn’t stop there.

Once ‘domesticated’, an elephant in Asia works for hours on end, for many days in a row, with no access to food and water for extended durations of time. They’re held captive, removed from their home and tortured into submission for the rest of their lives.

Not to mention that their spines are not equipped to hold more than 150kg at a time. It may seem like a very low figure considering the sheer size of an elephant, but unlike a horse or camel, their bodies are not built to carry anything other than their own skin. So when you add together the Mahout, the basket and the 2 people that frequently ride on its back, I certainly have my doubts about how this limit is handled.

Sadly, elephants have never, and will never, be equipped for human interaction, and it’s up to us to respect that.

You may be questioning whether there is any difference between the taming of a wild or uneducated horse, but coming from somewhat knowledge and experience, there are absolutely no comparisons. Horses are tamed with kindness and trust and really do enjoy human interaction. But for elephants, this is the complete and utter opposite. Now, I’m not claiming that this exact process is used upon every single elephant that sadly ends in the tourism ‘career’… For the elephants that have been bred in captivity, the force of submission isn’t as intense. But like I said, it’s in an elephant’s wild nature to avoid all human connection. I once again, have a lot of doubts that any elephants are tamed in a kind or gentle manner.

It is said that there are around 2700 domesticated elephants, and between 2000, 3000 wild elephants in Thailand alone. If you add it all up, that’s a lot of torture, a lot of death, and a whole lot of destruction. Instead of your 5 minutes of excitement, why not visit the elephant sanctuaries to learn about the truth of riding elephants in Thailand? I can assure you it will change your mind for the better!

I guess the main message is, if you’re not certain of the background, morals and treatment of these animals, there’s no certainty that cruelty isn’t involved. Sadly, animal exploitation doesn’t just stop with elephants; taking selfies with tigers, holding sea turtles, watching dancing monkeys or dancing cobras, seeing dolphin shows and drinking civet coffee are just a few of the others that need to be addressed.

It’s terribly sad when a lot of the travellers that partake in these acts are true animal lovers at heart, but they are just blinded by the hidden world of animals in the tourist industry. We are sadly fueling a side of tourism that’s damaging, destructive and undoubtedly cruel. In this instance, ignorance is far from bliss.

So, when you see an elephant trekking with an excited human on its back, I ask you to look into their eyes. Look at the evident pain that lies beneath them and ask yourself ⏤ is it really worth it?

Is your 10 minutes of joy and thrill, really enough reason for a lifetime of torture and suffering?